Discover how the AccuRad™ PRD was deployed at the largest single-day sporting event in the world.

During the week of May 20, 2019, a team of emergency responders were tasked with protecting spectators gathering at one of the largest sporting events in the world. Among the assortment of detection and monitoring equipment given to these emergency responders was the AccuRad personal radiation detector (PRD) from Mirion Technologies.

Securing this world-renowned event against radiological threats presented a unique challenge, as security personnel aim to accurately monitor for any level of radiation, while limiting the number of false alarms and minimizing disruption of the flow of traffic. 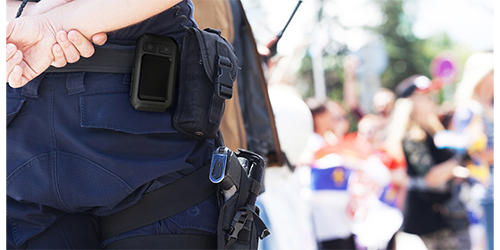 PRD Deployment and Use

Mirion field-tested the AccuRad PRD for the first time during this high-profile event. The device was used in conjunction with the Mirion SPIR-Pack™, SPIR-Ident™ Mobile, and SPIR-Ace™ systems with equipment issued to emergency responders by the Sergeant in charge of the radiological/nuclear interdiction mission.

Users were given a short training in PRD operation and used the devices for up to 10 hours daily for the duration of the race and pre-race activities. They provided informal feedback during the event; this feedback was overwhelmingly positive with regards to the ease of use, battery life, size and form factor, and other characteristics.

The AccuRad PRD was deployed with teams conducting vehicle and foot surveys during events associated with the race, including routine surveys of background radiation, interdiction surveys on “Carb Day,” during the pre-race parade, and during the race itself. AccuRad PRDs were issued to 30 people, including police officers, firefighters, and members of the local civil support team.

A short training session was provided before deployment to teach the users basic AccuRad PRD operations, after which they were deployed into the field. 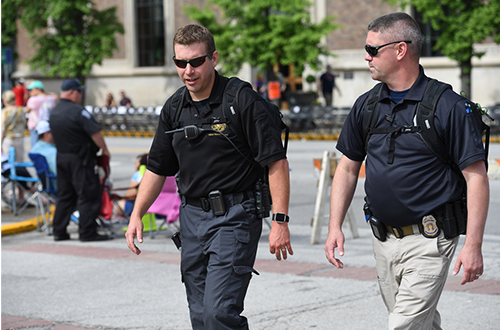 The Concept of Operations (CONOPS) that developed included two basic scenarios. If used in conjunction with a SPIR-Pack or SPIR-Ident Mobile device (both of which have larger and more sensitive detectors), the AccuRad PRD can be used to identify the precise location of a radioactive source in the area. In such cases, when anomalous readings were noted by the SPIR-Pack or SPIR-Ident systems, the AccuRad PRD was used to locate the precise location of the source (e.g. a nuclear medicine patient, trash can, vehicle, etc.).

If used alone, the nuclide ID capabilities of the SPIR-Pack and SPIR-Ident systems made it possible to resolve AccuRad PRD alarms that could not be adjudicated quickly. In such cases, the person with a PRD alarm would call for a spectroscopic unit to identify the specific radionuclide present and categorize it as natural, medical, industrial, or as special nuclear material.

The Mirion team took this opportunity to ask responders to demonstrate how they would respond to a radiological alarm that might arise from monitoring vehicles or pedestrians along the sidewalk adjacent to the main gates. In one instance the SPIR-Ident monitoring system simulated an alarm; in response an officer carrying an AccuRad PRD was dispatched to survey pedestrians and vehicles in the immediate area to localize the source (in accordance to the CONOPS and procedures outlined above).

Users’ comments regarding the AccuRad PRD were almost invariably favorable and included the following:

“It’s nice to finally have a device with batteries that last a whole shift.”

“It doesn’t take up too much space on my belt, it’s light, and I can reach all the buttons with one hand.”

“Nice to have a small display I can read when it’s still on my belt.”

“Pretty simple to use and the menus are easy to navigate.”

“I figured out how to use it even without the training.”

In addition, the AccuRad PRD’s high-range detector is useful for health and safety purposes as it continues operating even at very high dose rates. 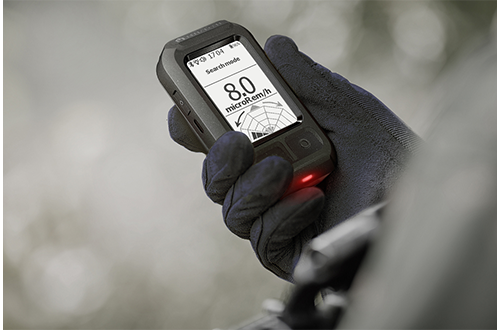 The AccuRad PRD rose to the challenge presented by this dynamic event and was positively received among security personnel.

The initial deployment of AccuRad PRD was successful. It was easily integrated into the routine rad/nuc interdiction mission and was favorably received by users. The users had a number of positive comments about various aspects of the device and expressed a willingness to use it again at future events.

Learn More about the AccuRad PRD

AccuRad PRD Makes its TV Debut on America by Design